As of this yesterday (8/12/2011) the Candy Store app is functionally complete. I have several blog posts that I would like to write. Of course, I had hoped that I would write more right in the middle of the process. However, I just got too tangled up in In-App Purchase. Now, I am turning my attention to polishing up the app to use as demo fodder at devLink, and of course to finishing up my slide decks. I have more than enough good material and examples from Candy Store for both sessions of devLink. Here's a few screenshots of the current state of the app. 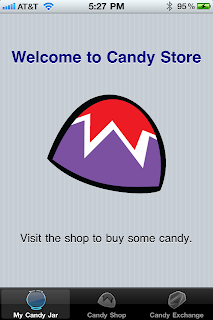 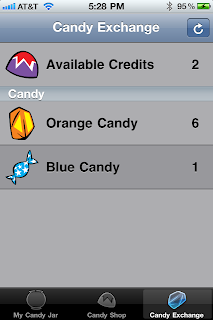 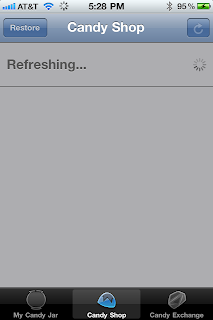 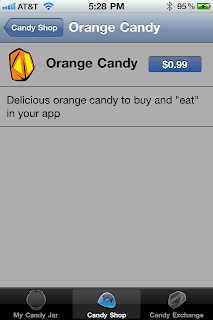 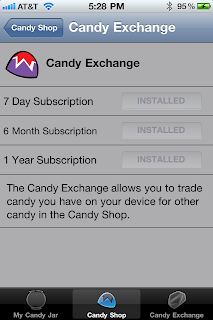 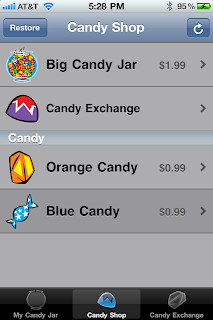 So there are a few posts. Those are most certainly not going to get written before devLink. So, keep posted for updates after devLink. Between now and the conclusion of devLink (probably right after my talks on Wednesday (8/17) I will put my slide deck online somewhere and link to it from this blog.